The Illini return to Atlanta.

Share All sharing options for: GameThread: Illinois vs. Auburn

The Illini are in Atlanta for their second straight game, though this time it's a neutral site game at Philips Arena. Also, as Missouri could tell you, if you're going to play Auburn in Atlanta, it's best to be playing Auburn's basketball team.

You may recall how close this game was last season when it was played at the United Center, and you might also remember Tracy Abrams absolutely taking that game over. Abrams finished that game with 27 points, eight rebounds, five assists, four steals and only one turnover.

Considering the start he's had to this season, let's hope Auburn brings it out in him again, because you can debate between Abrams and Jaylon Tate all you want, but we all know this team is much better off if Tracy Abrams is playing well.

Also, as for watching the game, in some parts of the country you'll be able to watch it on a regional FSN, while in other parts you'll have to watch it online on ESPN3. Since we're so wonderful we've got this map for you to help you figure out what your options are. 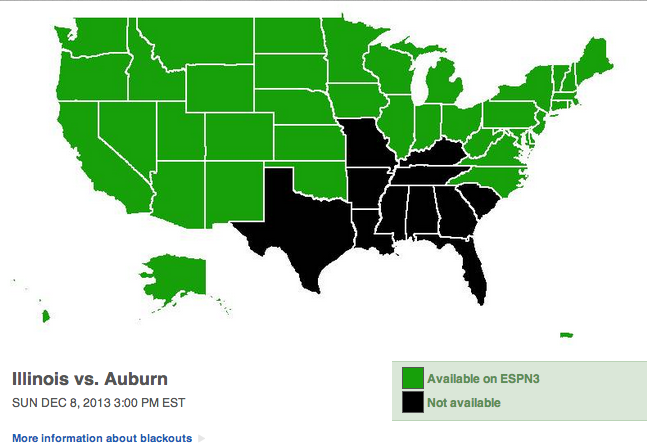 And now to our regularly scheduled tables. 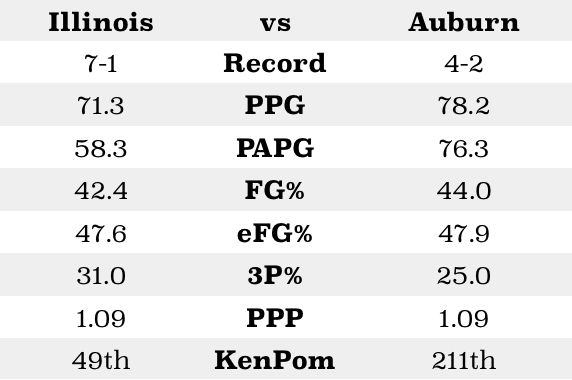 Who will score more points