Embrace The Shame, Part IV: "No, Not Again."

Part four of our four part series, where we stare the Missouri losses right in the face.

Share All sharing options for: Embrace The Shame, Part IV: "No, Not Again." 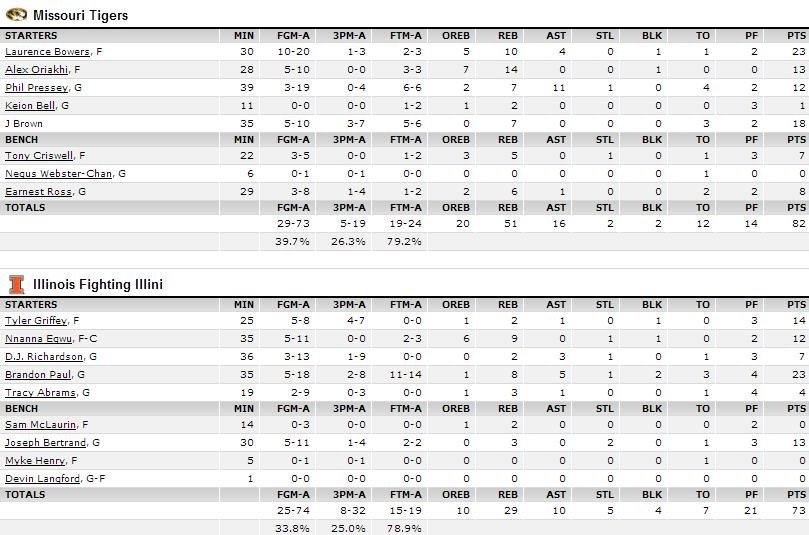 This team is fresh in our mind still, so these numbers shouldn't come as any surprise. There were a lot of 3-pointers, and a lot of them didn't go in. I remember that. But I remember Sam, too, and more than anything, I remember thinking, "This is a fight."

It was also a loss, just like the rest of 'em. Illinois led late in the second half and had chances to finally, mercifully win. But a late implosion left them dead on the floor while Mizzou high stepped to easy scores and a near double-digit win. The other losses left me angry. This one left me resigned, and I don't know what more to say about it.

But I'd love a win today.

This ones just a lil more important 🏆🏆🚫🐯🚫