The last game of the season that won't be televised. Thank god.

Share All sharing options for: GameThread: Illinois vs. Dartmouth

As I mentioned in the preview this afternoon -- which you can read right here if you haven't already -- I will not be watching tonight's game. I just refuse to spend $10 on a game against Dartmouth when the Big Ten Network already has an online channel they provide for free if you have the network on your cable package. And I'm not paying them twice for something, especially a product that rarely works as it's intended to.

I mean, if you're going to charge somebody for your product, at least give them a product that works.

Anyway, while I won't be watching the game I'll be following along online and I will write a recap based off nothing more than the box score and the things those who are watching the game tweet. So that will be interesting at least.

If you are watching tonight's game, feel free to talk about it here with the rest of us. And even if you aren't watching, let's just hang out and pretend we are. 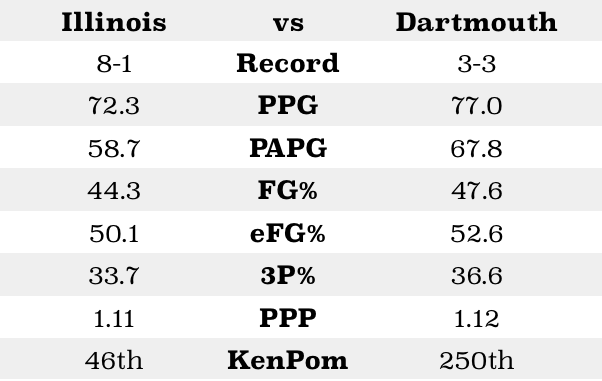