CHICAGO ISN'T A STATE, IT'S A CITY. NO WONDER YOU SUCK.

Share All sharing options for: GameThread: Illinois vs. Chicago State

Hey, it's Friday night, and you ain't got shit else to do. And what else would you want to do? I mean, the Illini are not only playing a game tonight, but they're doing so on television.

So tune in and join us as the Illini take on a Chicago State team that I know little to nothing about other than that they aren't very good and we should win with relative ease. 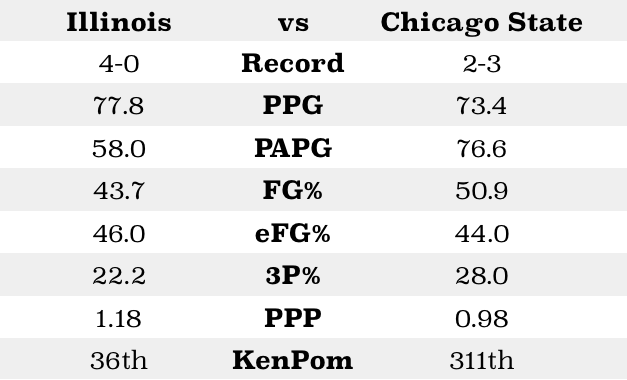 Which freshmen will score the most points tonight?