Of course it's hard to think he wouldn't be.

Share All sharing options for: John Groce Disappointed With The Ahmad Starks Decision

I know that this is now four in five posts on Ahmad Starks but I promise you that we're going to begin writing about other things around here again. It's just that even though I was ready to move on from the Ahmad Starks decision, the comments John Groce made about them were too good to just ignore.

No Waiver For Ahmad Starks 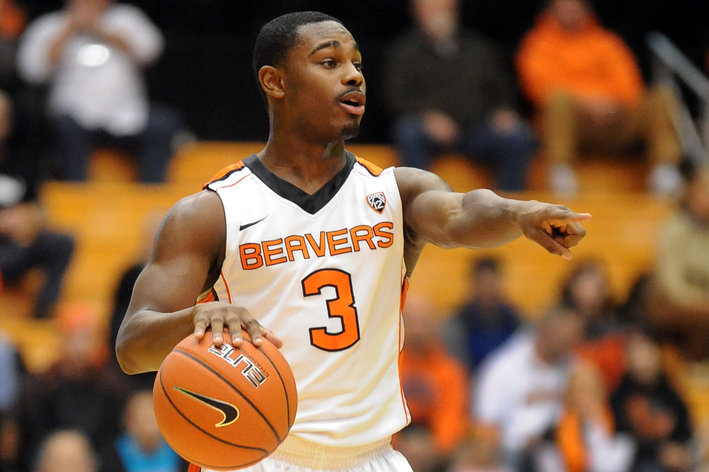 As you'd expect, Groce wasn't exactly happy with the NCAA's decision to deny Starks' waiver, and he certainly seems frustrated by the NCAA's inconsistencies.

"We felt, no question about it, he had a compelling story. He's very close with his grandmother. She helped raise him. He moved from Oregon State to Illinois, (2,000)-some miles. I thought his case was very, very valid. We were really disappointed," Groce said Wednesday. "Not only was I disappointed, I don't understand the consistencies and inconsistencies in the waiver process. It's amazing as you read about some of these guys that get waivers, and distance didn't matter. All of a sudden in this one, it does. It's crazy."

Groce would go on to say "it is what it is" and said the Illini need to move on and "play the cards you're dealt." And we talked quite a bit about those cards on Wednesday.

Starks would have been a very valuable asset to have off the bench this season. He has plenty of experience from his three seasons at Oregon State, and also serves as a valuable shooter to space the floor. Without him the Illini will be working with a bench that's literally just five true freshmen and a sophomore walk-on.

That's not the best position to be in, particularly in the toughest conference in college basketball.

No wonder Groce is disappointed.