WHO WANTS TO ROAD TRIP TO WEST LAFAYETTE?

If you buy something from an SB Nation link, Vox Media may earn a commission. See our ethics statement.

Share All sharing options for: You Can Buy Tickets To The Purdue Game For Less Than $1

I don't know how many Big Ten games the Illini are going to win this season. What I do know is that the game we're most likely to win is the one against Purdue on November 23. The only problem is that, while Purdue may be terrible, the game is being played in West Lafayette.

But what if we filled Ross-Ade Stadium with Illini fans?

Well, if we wanted to do that, it wouldn't be very expensive. I went to check out ticket prices for the game on Stubhub, and this is what I found. 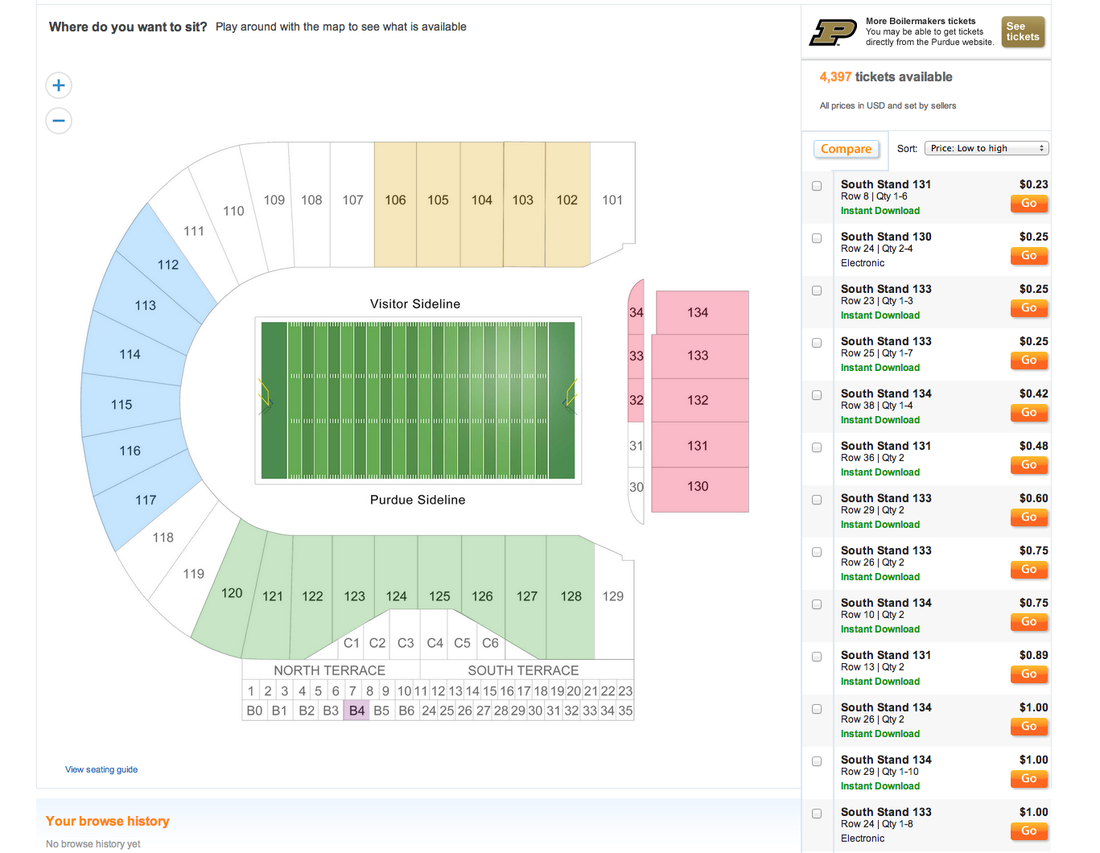 That's right, look at all the tickets you can buy for less than $1. And while that's extremely cheap in and of itself, you should know that in total there are over 100 listings of tickets for the game on StubHub for $5 or less.

So I'm thinking that you, Illini Fan, need to go on Stubhub and buy all of those tickets and plan a road trip to West Lafayette next month. It's less than a two hour drive, so even when you factor travel into the expenses, it's still really cheap.

And wouldn't it be awesome to fill another team's stadium?

Come on, Illini fans. Let's do this.*

*And by let us, I mean you because I'll be working.