The Illini Would Still Be In The Tournament Right Now

Of course, we haven't lost to Nebraska yet, so there's still time to miss out.

Share All sharing options for: The Illini Would Still Be In The Tournament Right Now

There hasn't been much of anything to be positive about when it comes to Illinois basketball lately as everything about the program seems to be heading in the wrong direction. Losses are mounting quickly and a season that started with so much promise looks doomed to failure.

But what if we end the season right now...

Yep, while our dreams of making the NCAA tournament are dying a slow, painful death, according to Joe Lunardi's latest Bracketology the Illini would still make the dance if the season ended right now. 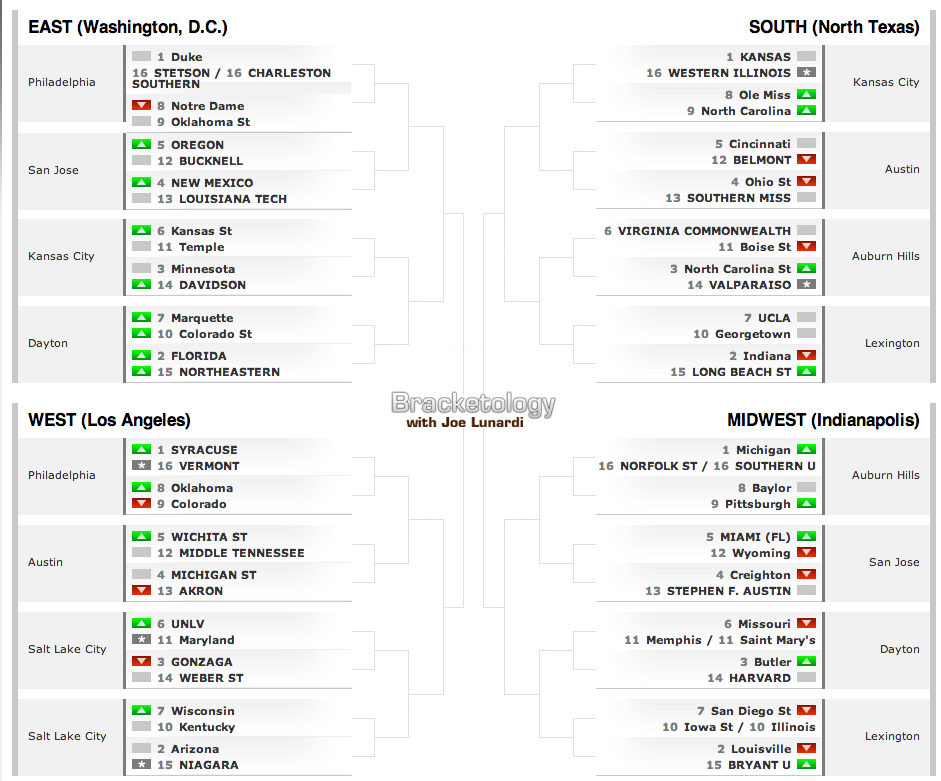 I suppose the wins against Ohio State, Gonzaga and Butler currently out-weigh the losses.

As you'll notice, though, the Illini are currently slated to end up in the play-in game, and they're amongst Lunardi's Last Four In with St. Mary's, Iowa State and Memphis.

Which means that our bubble is in serious danger of bursting at the moment and there are still a lot of sharp edges left on the schedule.

Of course, I'm sure there are still some Illini fans out there who think that the Illini could win the play-in game, take out San Diego State, knock off Louisville in Lexington, beat Butler again and get to the Elite Eight. I'd like to raise a glass and toast that Illini fan for his ceaseless optimism, but it's clear he's had too much to drink already.