Apparently Our Mascot Is A Bear

Share All sharing options for: Apparently Our Mascot Is A Bear

During the Eastern Kentucky win on Sunday night I was lucky enough to see a commercial from a company called Reverse-A-Pals. Now, what Reverse-A-Pals do is they create these plush footballs that TRANSFORM LIKE MAGIC into your team's mascot. I know, you don't believe me. This kind of technology surely does not yet exist, but I assure you that it does.

Well, of course after seeing that commercial, I decided that I must have one and my heart was broken when I discovered that the company does not make a Reverse-A-Pal for the Illini. It was at this point that I couldn't figure out if that was because Illinois just isn't popular enough, or if the company had some kind of moral stance about creating a stuffed Native American.

Now, it could be the latter, but it could also be because the company has no idea what our mascot is.

Yes, somebody on Twitter pointed out that the company did indeed make an Illinois version of its Orbiez product, and it's even a basketball mascot. The problem is they seem to think we're the Illinois Fighting Bears. 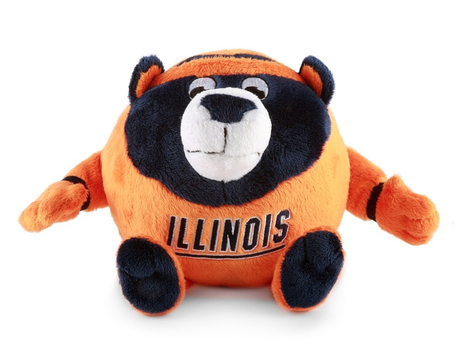